As you may have heard, at Decade Pictures we are getting close to a picture lock on our latest project Lights Out. Last October, we travelled to Ashland, OH, bringing with us a seventeen member crew from New York City.

“Lights Out is a short film about Bruce who is afraid of the dark. While staying at his childhood home, Bruce comes face to face with his greatest fear.”

We had four extremely talented actors from the Ohio area who were all key in the success of the Lights Out shoot. Paul Shaia, as our main character Bruce, Chase Anderson, as Little Bruce, Michael Waggoner, as Bruce’s Father, and Heather Anderson, as Bruce’s Mother.

Most of the film takes place during one night; which made the shooting schedule slightly more complicated, especially when we would be working with minors. Chase Anderson and his mother could not have been more understanding of this, and were extremely helpful when things got slightly off schedule (as they always do).

Although we had some late nights and early mornings, the fifteen page script was completed in just three days, without having to make any sacrifices to the story. It turned out slightly longer than expected, but in the end the pacing and mood of the film came out as intended. Once the audio is mixed by our audio engineer Matt Kissell and the score is added by our composer Landon Peer, I am confident it will be as much a success as we had hoped.

For an example of some of Landon Peer’s work, check out our Belvedere Commercial. 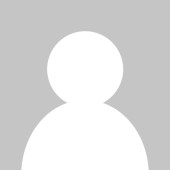